PrevnextGreat success for SaarLB with its first social covered bond (Pfandbrief) placed on the market
In the Media Roundtable, our Executive Board reports on figures and topics from the first half of the year and looks ahead.

Saarbrücken, 29 September 2022: In addition to the coronavirus, the first half of the year was particularly affected by the extraordinary global challenges resulting from Russia’s war in Ukraine. In spite of these difficult framework conditions, we can look back on a good, stable first half of the year, during which we continued the trend from last year and were able to set many new positive priorities.

To give an example, at EUR 1.28 billion and an increase of 34% compared to the figures from last year, our new business in the first six months of the year developed at pre-coronavirus levels. Compared to the stable result in France, on the German market we were able to record significant increases. Especially in real estate, we generated nearly half a billion Euros, more than twice the amount in the comparative period last year, and an extraordinarily good result.

At EUR 16.1 million, earnings before taxes were significantly above the figures from last year of EUR 13.1 million, an increase of 22%. This major improvement was due, among other reasons, to the much higher operative earnings. The result after taxes was EUR 9.3 million and thus 8% above last year (EUR 8.6 million). Costs continued to be impacted particularly by the further strong rise in the bank levy. Nevertheless, the costs-income ratio (CIR) improved compared to last year.

In terms of common equity tier 1, which is used for the unlimited, immediate cover of risks and potential losses, we were able to further increase the ratio to 13.4%, which is in the upper part of the internal target range and much higher than the regulatory capital requirement (CET1: 8.9%).

“In view of our initial issue of a social pfandbrief in June this year, making us only the third issuing house and the first state bank [Landesbank] to issue such a security, we were of course excited about market interest. The clear over-subscription demonstrated and confirmed to us that with this pfandbrief, we are again on the right track. On the one hand, we are offering investors an interesting security at attractive conditions, and on the other, this is a good instrument for us within our refinancing portfolio”, says Gunar Feth, Deputy Chairman of the Board of Management of SaarLB.

In future, we will reinforce our Franco-German orientation even further through our integrated strategy for France which, among other aspects, sets out the opening of the new branch in Lyon, France’s SME region, at the start of 2023, as well as the creation of a new brand for the French market.

“Our newly developed strategy for France and the resulting actions, our new branch in Lyon and the ‘new’ brand will enable us to fortify our extraordinary business model and our Franco-German orientation even more strongly”, says Frank Eloy, Member of the Board of the Management of SaarLB.

In the digitisation area, we have for some time intensely focused on the important topic of information security. As a result, it was a matter of course for us to organise the “Cybersecurity Day” in 2023 together with other important partners from business, politics and science. At this year’s event held in June, we contributed expert talks and participated in a “Security Hackathon” to promote the development of innovative ideas while also acting as mentor and sparring partner for innovative start-ups. In addition to this external project, we also successfully completed our internal project “IT-ReDesign” in the middle of the year – another important step on the digital path of SaarLB.

“Completing the internal project “IT-ReDesign” a few weeks ago was an important milestone in relation to many of our future digitisation topics. In addition to a number of infrastructural measures in the buildings, all employees were fully equipped in order to create the perfect basis for modern work”, says Dr. Matthias Böcker, Member of the Management Board of SaarLB

Our “Pôle Franco-Allemand”, the forum for cross-border investments, was able to further extend both its partner network and its activities and can look back on a successful first half of the year in which many projects have already been successfully implemented.

Important figures from us at a glance

Looking ahead to the coming months and 2023

Even the Chairman of our Board of Management, Dr. Thomas Bretzger, is finding it difficult to make a forecast for the coming months until the end of the year: “The dramatic situation in Ukraine triggered by Russia’s war of aggression, which has lasted since the start of the year, and all of its consequences, will continue to affect us until well after the start of next year. The strain caused by energy shortages and the significant rise in inflation, supply bottlenecks and higher interest rates are significantly slowing down economic development and creating great uncertainty on the markets. But our special business model and our Franco-German orientation mean that we continue to be in a good position to face the upcoming challenges,” says Dr. Thomas Bretzger.

As a Franco-German regional bank, we at SaarLB will continue to position ourselves accordingly in order to remain a reliable employer and stable partner that treats our employees and customers as equals in the future. True to our motto: “Together – Limitless – Strong”.

To the half-year financial report 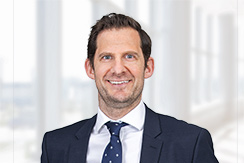